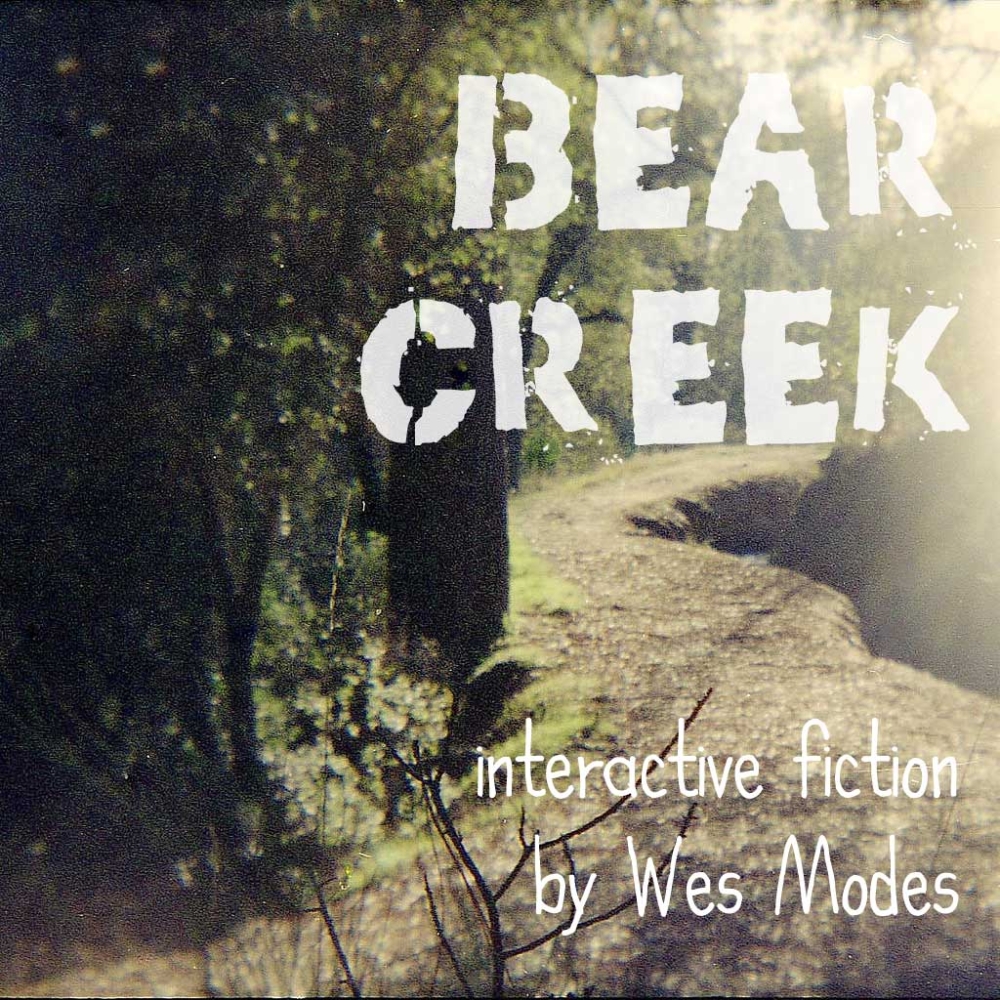 Here are some observations I used to guide me in creating an unusual system of NPC conversation in my interactive fiction story, Bear Creek.

For each of these observations, I structured elements of a system for NPC conversation in Bear Creek.

This is simple and increasingly common in modern IF, non-player characters that are proactive in addressing the player.  With Inform 7’s use of “scenes,” this can be implemented simply and elegantly.

NPCs can talk to each other

Often there is a tension in Interactive Fiction authoring between modeling and storytelling.  I understood that I could have made a system whereby each NPC took an action or made an utterance, resulting in another NPC  responding with their own action or a spoken response, and so on.  I considered this.

I also considered the amount of effort that would have taken and what I would have bought with my troubles.

I also knew that when NPCs perform an action and the game engine dutifully reports on that action, the results may be less than impressive.  You might want something like “Grandpa catches up to you, breathing heavy,” and get something more like “Grandpa enters the room.”  And dialogue full of nuance and gesture would be even more difficult.

Some times it’s okay to fake it, especially if the results are considerably better. So I often reported the doings and sayings of NPCs without modeling that behaviour:

This is actually part of a 13 to 20 step sequence of overheard dialogue between two characters.

NPCs can launch into multi-turn speeches/rants

This was important to me, the idea that certain subjects brought up with particular NPCs start them off on a little rant.  A series of utterances that happen over several turns, regardless of what you may say to them or ask them.

>ask grandpa about mom
“Your mom? What’s on your mind, Bud?” Grandpa looks serious, “Don’t worry about her. She can take care of herself. Your mama will always love you more than anything in the whole world.”

>tell grandpa about train
Grandpa didn’t seem to hear you.

“Your mom’s just gone to work things out with your step-dad.” Grandpa forces a smile, “You watch, she’ll be back in a jiffy. She should be home tomorrow. But she’ll be okay.”

>ask about mark
Grandpa still has more to say.

“Your mama will be just fine,” Grandpa’s says.

To do this, I created a type of thing called a rant with an in-progress property; an every turn rule that dealt with stepping through the rant; and an instead rule to intercept the player talking to the speaker of a rant.

An individual rant is simply defined. Here’s the one modeled above (also using Eric Eve’s Conversational Response as the trigger):

is just a routine that attempts to output stuff going on within the turn (dialogue, ambient happenings, NPC actions, etc) in the most dramatically satisfying order.

Conversations and action sequences can be interrupted and resumed

While the rants defined above don’t stop and start when you leave the room, more elaborate action sequence can. While there are NPC conversations that continue whether you are there or not, some sequences might only be meaningful if the player is there.

Similar to the rants, I created a thing with an in-progress property; and an every turn rule to step through any in-progress sequences.  Each defined sequence is a bit more complicated than a rant, having to include an interrupt test.

Here is a relatively simple sequence:

This sequence is triggered by a scene:

NPCs can talk about unrelated things

The rants satisfied this conversational property for me. This coupled with the occasional oblique response to a direct question.

NPCs have things they want to talk about

In Bear Creek, I am blessed with particularly idiosyncratic characters for whom a nonsequitar or oddball response is nothing out of the ordinary.

NPCs conversations can be triggered by keywords

This is something I haven’t implemented in Bear Creek. This mirrors the human tendency to grasp on to the words we heard, even if we don’t always understand the rest of what was said.

I thought of this as something like a domain-specific Eliza.  A last ditch effort to squeeze a conversational save out of an otherwise misunderstood player input. In other words, after the parser has given up on the player’s input a routine looks for keywords in the input: “blah blah blah keyword blah.”

> ask if grandpa has ever climbed the big pine tree

“The big tree up by the road? That’s called a Doug Fir,” Grandpa says. “They’re tall and straight, but sometimes blow down if there’s a big storm.”

Not exactly on-point, but better than “You can’t see any such thing.”

Conversations rarely have a definitive end

This is largely satisfied by the rants and sequences. Combined with Eric Eve’s Default Responses, Bear Creek provided some satisfying results:

>ask honey about step-dad
“Now, here’s a guy who has some problems, but really knows how to generously share them with others,” Honey says. Grandpa gives her a Look.

>go to brambles
“Oh, don’t let me keep you,” says Honey sarcastically as she goes back to her berry picking.

Overall, precision is not needed in this context.  This is conversation, an inexact exercise at the best of times, and often an amusing comedy of errors full of misunderstanding, misdirection, and misinterpretation.

Hopefully with these observations and stabs at implementation, we take a step away from the illusion-shattering precision of the computer and a step toward the magical imprecision of human conversation.

Using the Network to Root Out “The Other”