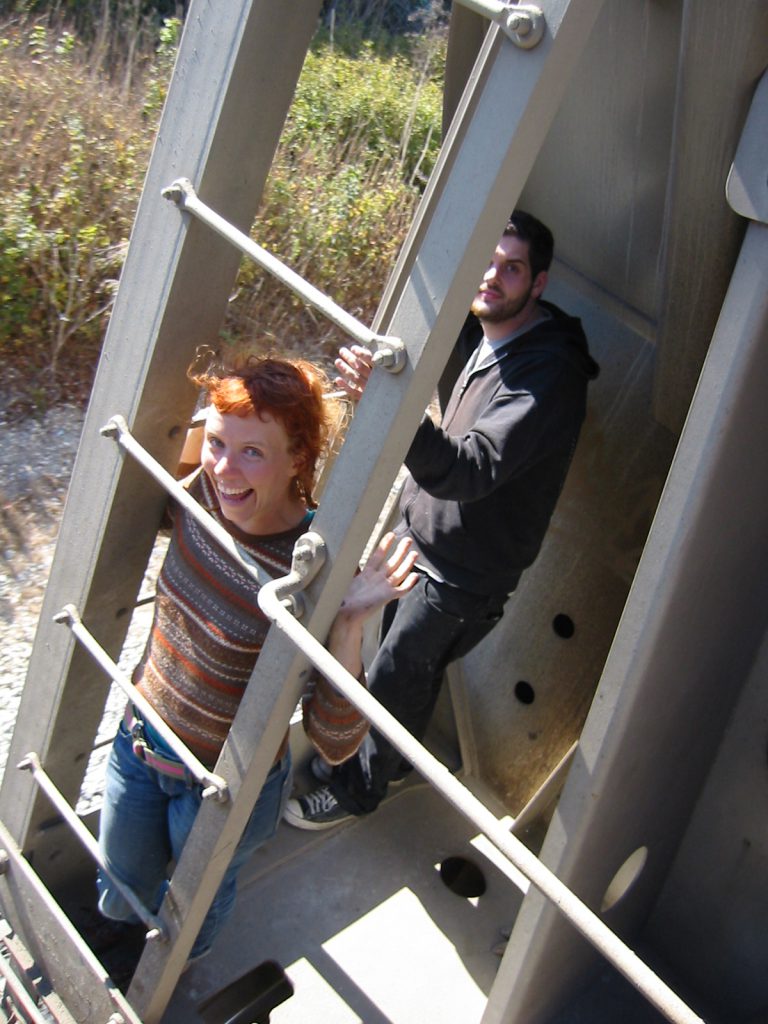 I’ve hopped freight trains for transportation and adventure since 1992 all over the West Coast and Midwest. I had the good fortune to attend annual hobo gatherings in Northern California for several years.

I published numerous features and articles about trainhopping from 1994 to 1999, in San Francisco’s Might Magazine, the Santa Cruz and Silicon Valley Metro, and in Bloomington, Indiana’s BC Magazine.

In 1996, I established one of the first trainhopping websites. This and other adventure stories, inspired a generation of trainhoppers and adventurers.

There is information here about adventuring that you won’t find anywhere else. Specifically, information and stories about train hopping, riding freight trains for fun and travel. And about urban adventuring, the kind of thing you do when you have an hour or so and want to challenge yourself and get your adrenals pumping.

A question I get asked now and then is: What has changed in the US since these articles were originally published?

Security-wise, not a ton has changed, really. More automated security with some yards outfitted with better equipment, security cameras, thermal imaging, and so on makes big yards more risky. Trains along the border, of course, are meticulously combed with border security stoked by our American xenophobia.

In the US, in the post-Sept 11th, 2001 universe, law enforcement is generally more suspicious, more questioning, and more likely to arrest first and ask questions later.

For you, that means you need to exercise a little common sense, a little more caution, and be perhaps quicker to admit that you are just some dumbshit looking for thrills. As always, don’t run from authority (unless you are sure you can escape), play respectful, have your ID, and be ready and willing to bear the consequence of your mischief.

Probably, more frustrating is that everyone has a cellphone and is a potential snitch. No longer can you hang out on an open car waving to the hapless drivers and kids on the adjacent highway. I prefer ghostriding — no one knows I was ever on the train.

More than security, the economy has impacted trainhoppers. Recent recessions have about halved the traffic, closed less-used lines, and brought on a new wave of railroad consolidation. This means that it is much harder to casually stroll on down to the yard and hop on the next freight going your way and get to where you’re going.

That said, it is still possible, and people still hop trains as they have since the mid 19th century. For me, hopping trains lead directly to spending time on rivers. Railroad travel and river travel are similar in a lot of ways – not the least of which is that they both are former arteries of American commerce and travel.