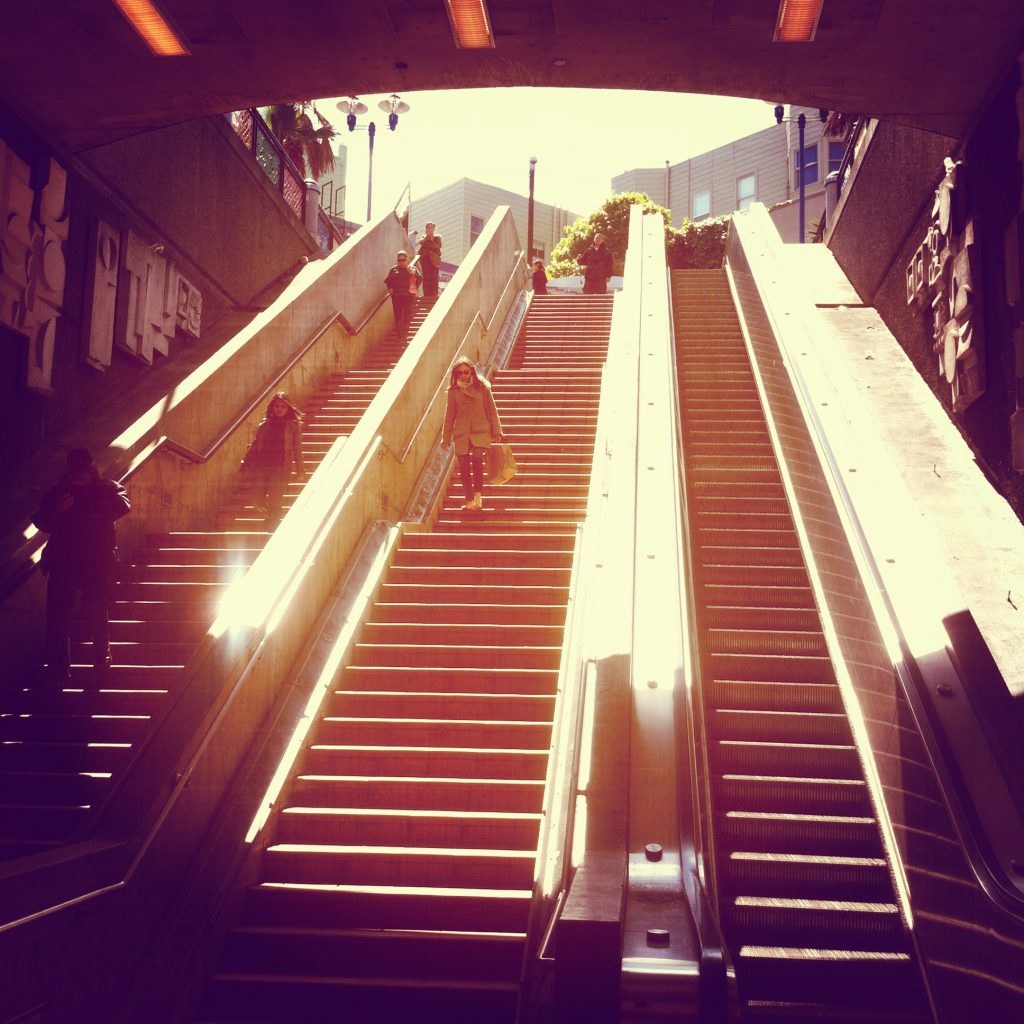 Desk Dweller by day, urban adventurer by night. Explorers in our city environment view the urban landscape as a giant playground for climbing, crawling, dangling and otherwise adrenalin-rushing. Just remember to bring along your ID, your flashlight and your common sense.

For many years, I used to explore the urban underground, the rooftops, the abandoned temples to commerce. I wrote about it for a few publications including Santa Cruz and Silicon Valley Metro, Might magazine, and Bloomington, Indiana’s BC Magazine.

Urban adventure changes the way you see your urban environment. The structured, asphalt-and-concrete, developed world will become your wilderness playground. Since 1992, Modes has been running around, climbing buildings, biking in traffic, urban spelunking, trespassing, and sneaking around. Modes is credited with putting up one of the first urban exploration websites in 1996 and encouraging a generation to explore their urban environment.

For some of us, just the thrill of peeking behind the scenes of life is enough. Add to that the challenge of evading the law and pushing personal and societal boundaries. Toss in the opportunity to indulge a childish urge to run around like Indiana Jones. And it’s too much to resist.

A city skyline says different things to different people. To an urban adventurer, it is a siren beckoning “Climb me.”

A timeline of Urban Exploration at infiltration.org.

One thought on “Urban Adventuring”