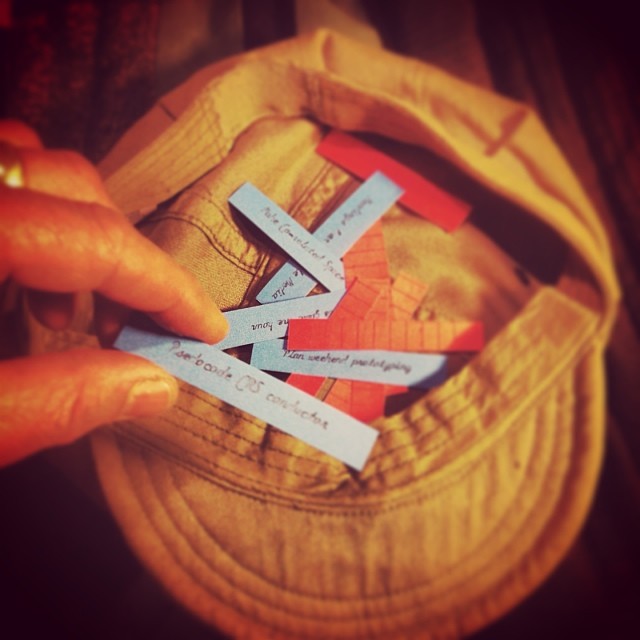 This weekend I was freaking out. I had so many things to do, all pressing, all priority one, that I was deadlocked. Checking email, updating my Facebook status, and organizing my music collection is so much easier than making a hard choice. For every choice I might make, I am choosing not to do some other critically important task.  Freak out. Arrrgggh.

After a few hours of this, I had to stop and figure this out. I’m getting nothing done, yet I have everything to do. What is the problem here? How do we work around it? Can we make this unfun aspect of my work fun enough to solve? Can we turn this into a game?

I already like making lists. This is critical to the tremendous throughput of my work. Psychologists say that short-term memory typically holds seven simultaneous items plus or minus two. I think without any memory tricks, my short-term memory holds about three things. So I keep lists.

Friends were pretty sure that this whole method was really just self-delusion, an elaborate and artistic form of procrastination. But I type fast, so this took a few seconds, and within a few minutes I was down the road toward completing my first task.

This post, on the other hand, was totally a way to put off what I should be doing.

The Jar: A Strategy for Timebanking Inspiration