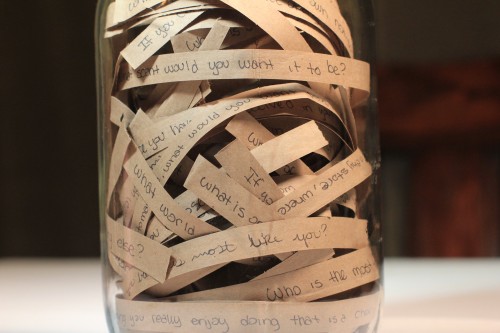 I overheard something in the Thrift Center (“Hoy 50% en Toda la Tienda!”) the other day. A woman was talking about The Jar. Rarely do I hear other people attempting to gamify their life the way I do.

I was there looking for a baby blanket. It would be the blanket nestled at the bottom of the crib I was making for the benefit at the Museum of Art and History down the street. 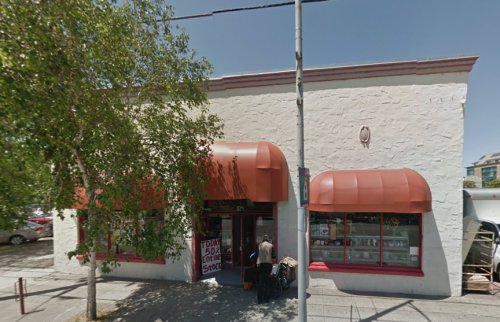 I glanced over at the woman. She was holding a widemouth mason jar and had her hand in it. As I eavesdropped, here’s how she explained The Jar to her companions.

When you are stressed or super busy, you write down all the things that you don’t have time to do on slips of paper and drop them into the jar. Then when you have time and you can’t think of anything to do, you pull out something from the jar at random and do it.

Simple and brilliant! I’d done exactly that before with lists, but the jar makes it more tangible. A reservoir of leisuretime activities, thunk up at a time when your brain is busily generating potential distractions from all the things you are supposed to be doing.

But particularly, the Activity Jar seems like A Thing, especially for some reason, among Christian moms. Variously called the “I’m Bored Jar” or “Rainy Daze Jar” or “Gwen’s Activity Jar.” It seems this is an old idea that has been floating around. 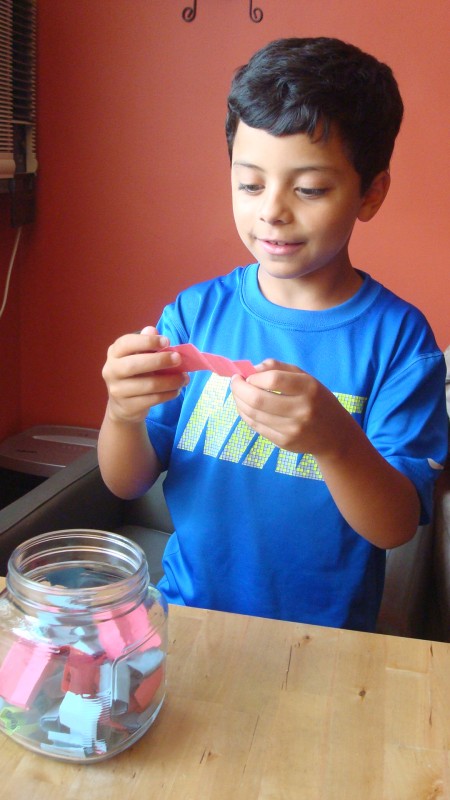 Given my childhood delightfully full of unscheduled unparented space, what I’ve referred to fondly as benevolent neglect, there is something slightly off-putting about parents solving this problem for their kids. I had to discover my own rainy daze activities.  Reporting that I was bored resulted in my exile outside.

But this woman shopping for a jar in the Thrift Center and I are clearly kindred spirits, people whose moms may not have solved every bored moment for us. Thus we go out into the world inventing games to keep us amused.

Games as a Strategy for Living (and Liberation)