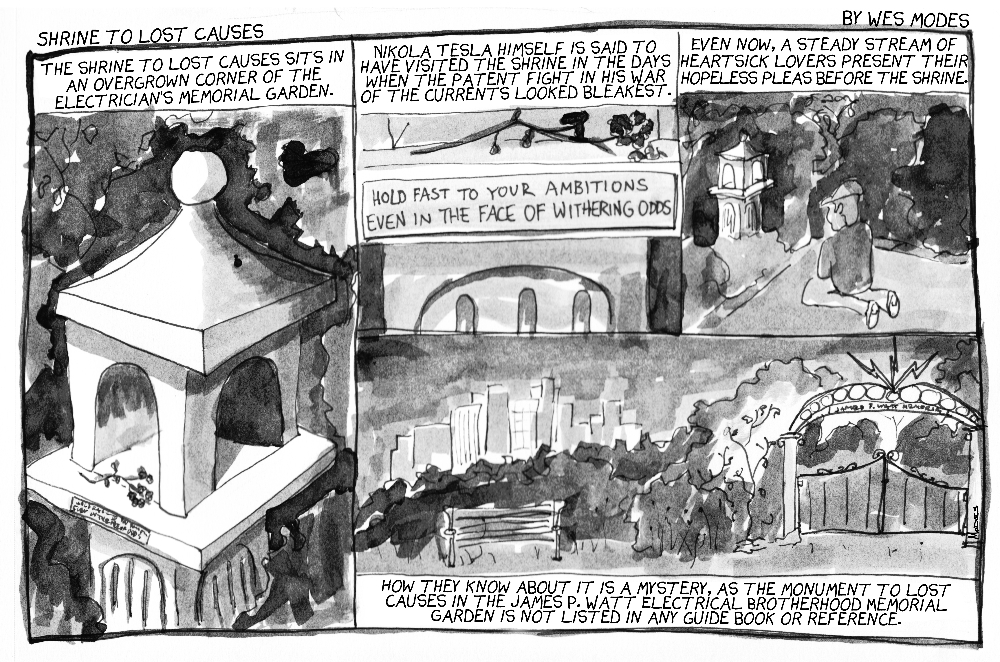 I discovered the comic book writing of Alan Moore when he was penning for Swamp Thing in the late 80s.  I had no idea that comics could be an intelligent, thoughtful, emotional medium for adults, and I was floored.

Prior to that, I had only been bored by hand-me-down trashy kids comics, Archie and Spider Man.  No one introduced me to the alternative comics spawned in the 70s until years later.

Now I have a comics library that spans a wall, heavily focused on longer stories, graphic novels, and illustrated histories.  I was most inspired by the work of Ben Katchor and Craig Thompson, and inevitably my work owes these two very different artists a huge debt.

While I had been illustrating for projects for decades, I had not tried my hand at a comic until after my first punk rafting journey in 2005. In the months after, I created a comic which captured the feel of our adventure.

My comics have been featured in the following exhibitions and publications: