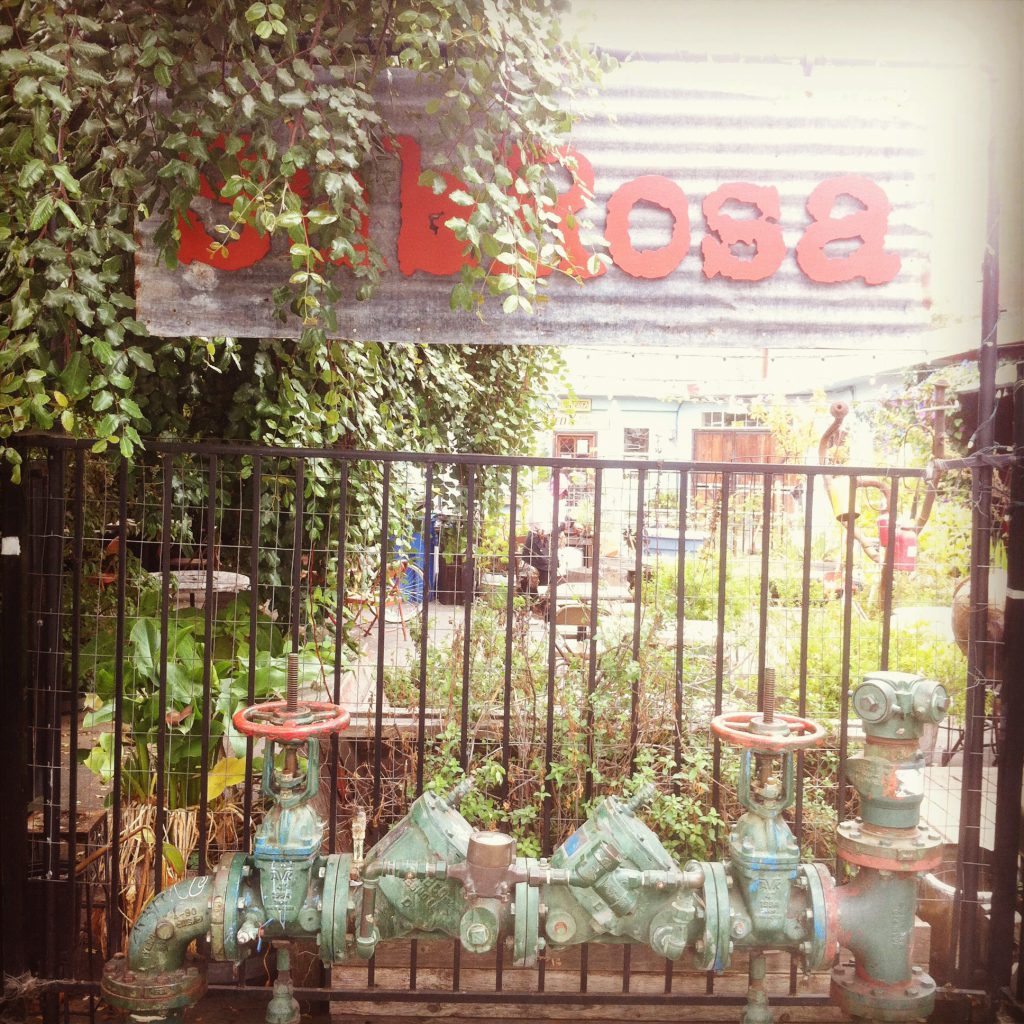 An anarchist and radical space offering anarchist books and literature, coffee and tea, shows, art, and a garden courtyard social space. It also hosts the Anarchist Lending Library, and many Free Skool workshops and classes. Free wi-fi and public computers are also available for use.

Volunteers transformed a run-down warehouse space and bleak parking lot on lower Pacific into a cozy community and performance space with a large patio surrounded by a beautiful garden. Inside and outside, people gather around small tables for coffee and conversation, reading, talking, meeting, and enjoying performances and art.

Each month, SubRosa hosts a new artist from the community with emphasis on local emerging artists. SubRosa art openings are part of the First Friday Art Tour and are generally on the first Friday of the month

SubRosa hosts performances, shows, music, presentations, speakers, film showings, class, workshops, a weekly open mic, and special events. SubRosa offers a cozy space for intimate, non-amplified shows (as well as the occasional amplified show). While not your typical music venue, SubRosa does host shows for musicians with whom we feel an affinity. We are particularly intrigued by music that is unique, unusual, or shares our radical perspective.

While volunteers are drawn from a broad community of supporters, the SubRosa collective is composed of some of the same people who brought Guerilla Drive-In, Free Skool, and the Last Night DIY Parade to Santa Cruz. Members of the long-extinct performance space What Is Art? are part of the effort.

I was one of a small handful of core members who founded SubRosa in 2008, taking part from the beginning of what was a four-year process starting in 2004. I continued as a collective member and weekly staffer, bottomlining various responsibilities including finances, new staffers, maintenance and construction, licenses and permits, fundraising, and promotion.