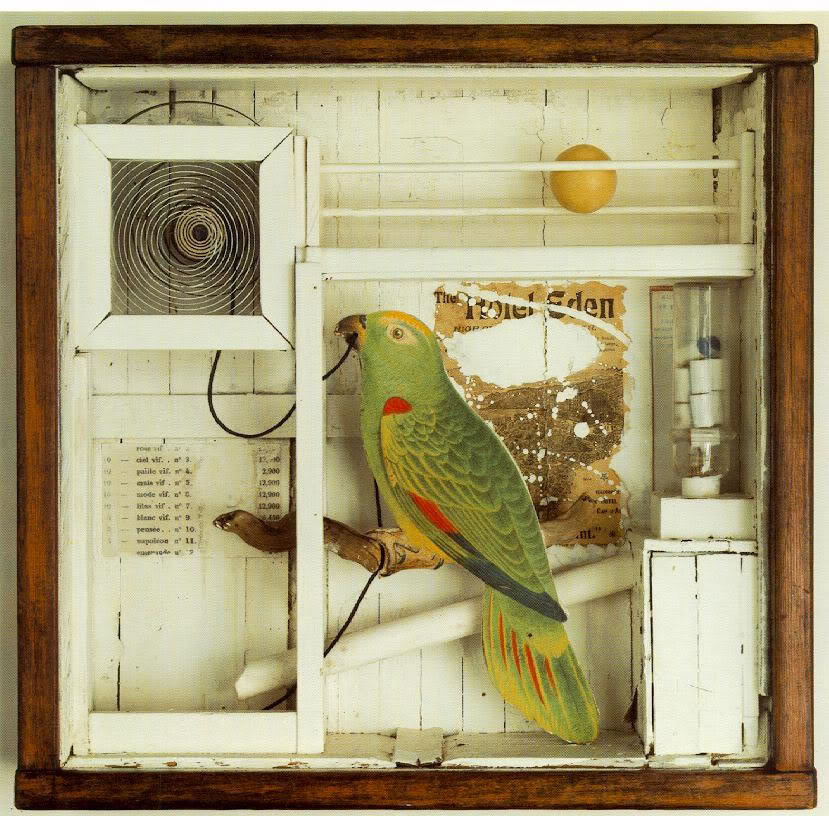 I really only fully understand my own art and am largely art ignorant. Year by year, I have a greater understanding of the art of others and less and less patience for art that plays it safe.

I love work that asks you to participate in some way. I want to be part of it. I want to twiddle or tweak, interpret or analyze, get lost in reverie or be jolted into the present. I love art that makes me use my body or my head or my heart. Or better yet, all three.

If I didn’t make stuff, I’d get restless and anxious and bored. I run around like a madman when I am on an art tear. It is more than a avocation and isn’t quite a compulsion (but close). If I had a few hours to kill, it’s possible I’d rather be in my studio than doing anything else in the world. I think the word is vocation, of which one dramatic definition is “a calling by the will of God.” Though I hope that isn’t overstating it.

I bristle at the notion of art as expression. I’d rather my art listened, rather than take the floor. I want it to reach out and invite you to play some role, a button pusher, a prayer whisperer, a diviner of mysteries.

I have little formal training in art. So I was surprised to find that I owe an intellectual debt to the Dadaists and Surrealists. It may be a testimony to the long-lasting effect their work has had on all of us that today’s artists find themselves unknowingly indebted to the surrealists. Infectious s pores of whimsy are still free-floating in the collective conscious. These artists set out to move an entire society toward the absurd, and did.

Discovery, I think, and mischief are major components of what I do. About half of what I do is hopelessly useless and hopefully inspiring whimsy that owes its being to Marcel Duchamp, early purveyor of art mischief. He saw himself as an anti-artist with the responsibility of turning the stayed art world upside down.

You’ll also find about half of my work owes a debt to Joseph Cornell, quiet and reclusive creator of hundreds of glass-fronted assemblages. Cornell was greatly influenced by his friend Duchamp. But Cornell’s work seems to put aside the iconoclastic ambition and settle into a nostalgic reverie, a grasping for the security of a universe in a box.

When I started, I didn’t know about Cornell, though I was following in his large footsteps. I think it all starts with my fourth grade California history project. As usual, I did something half-heartedly the night before only to come to school to find that other kids had made amazing diorama shadow boxes in such luxurious detail, you wanted to get small and go live in them.

You’ll find my work walking a line somewhere between the two, the extroverted work of Duchamp and the introverted work of Cornell. In a sense, so does the artist: I want my art to intrigue and engage you, but mostly I do it for my own amusement.

Long before I started assembling them into collages, I was collecting interesting bits and pieces of junk. I want to share that sense of discovery I have exploring a junk store, an abandoned factory, or a desert wash. When viewing my work, I want you to feel like you’ve unearthed a lost treasure or a long-forgotten relic.

At the best of times, creating my work feels like channeling, and I am grateful that I can be the vessel of creativity. If my work touches something in you, the feeling is all yours. We’ve reached out to touch something together and brushed our fingertips.

An Artist Bio via 500 Letters