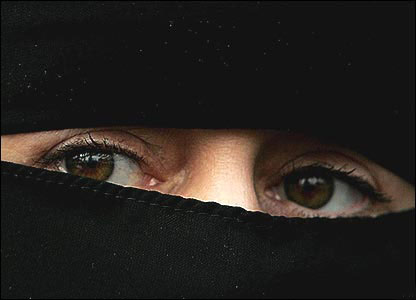 In the summer of 2010, I co-organized a panel discussion entitled Demystifying Anarchy to help non-anarchists understand the depth and nuances of anarchism. The event was intended for people who are curious about the philosophy, or had questions or concerns.

Anarchists are everywhere!  It’s true. But who are they really? What do they actually want? Are they really trying to destroy everything?

Don’t believe the hype. Come find out for yourself.

Demystifying Anarchy featured a panel of self-identified anarchists who spoke about what anarchy means to them and how they see the world. Following the moderated panel discussion, substantial time was set aside for questions and answers from the public.

“Anarchism is a political theory which aims to create a society within which individuals freely co-operate together as equals,” according to the Anarchist FAQ. Wikipedia says that anarchism “considers the state undesirable, unnecessary and harmful.” However, the Oxford Companion to Philosophy says, “there is no single defining position that all anarchists hold, and those considered anarchists at best share a certain family resemblance.”

The event was organized by an ad hoc group of Santa Cruz locals from the anarchist community.

The way we envisioned it, the first half of the event featured our illustrious speakers, then a small intermission, then a question and answer session with the audience. Each speaker had about 10 minutes to speak. The Q&A was about an hour. The event was audio-recorded for local radio.

We publicized the event extensively and invited a lot of members of our extended Santa Cruz community who are not anarchists. We expected that there would be some politicians, reporters, and, of course, plain-clothes police officers. Our past experiences at SubRosa suggested that people who really hate anarchists might come, so we prepared by inviting competent, assertive and tough people as bouncers for anyone who got out of hand. We also expected to see a lot of people who are not anarchists but allies in our community.

It was natural that many people would bring erroneous assumptions and misunderstandings to the event.  Locally, a history of misleading media reports and unfounded police allegations worked against a deeper understanding of anarchist politics.  The Santa Cruz Police had a long history of reflexively blaming anarchists while local media echoed misinformation regardless of whether any connection to anarchists was found.  So we anticipated receiving some questions about property destruction, violence versus nonviolence, and what an anarchist society would actually look like.

Our goals behind organizing this event were to address and challenge some of the misconceptions about anarchists that have been prominent in Santa Cruz and the popular media; to create a dialogue both among anarchists and among non-anarchists about anarchist ideals; to expand people’s concept of “anarchist” beyond the stereotypical youth/punk subculture. It is also really important to us to show that anarchists agree on some things and disagree on many things, that anarchist thought covers a broad range of philosophies, that it is in no way monolithic.

Questions we hoped the speakers and audience questions might touch on were:

The event filled the auditorium at Louden Nelson Center and was lively and congenial.  We considered the event a huge success as it spawned a great deal of nuanced discussion of anarchism outside of the event and in the press.