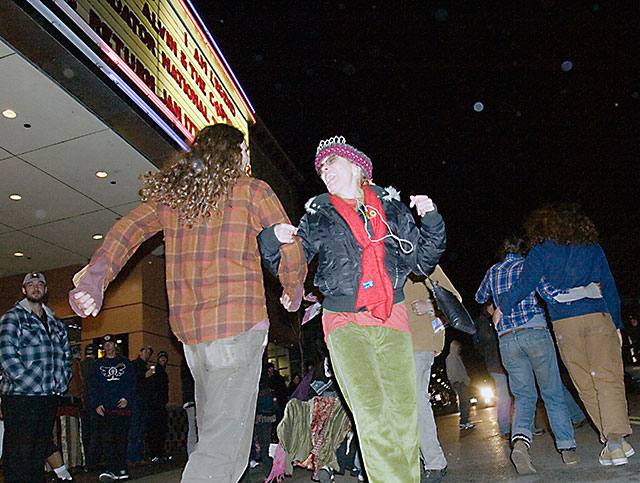 The Brazen Squaredance Association and Free Skool Santa Cruz host this sporadic Santa Cruz event, in which scores of squaredancers take over public space, moving to increasingly brazen locations, eventually taking over the streets, literally. A kind of movable feast of old-timey dancing.

The events were intended to spread spontaneous live music and dancing, as well as reclaim public space.

From 2005 to 2009, Brazen Squaredances were a regular thing in downtown Santa Cruz, eventually moving beyond the original organizers and hosted by other lovers of old timey music and dancing.