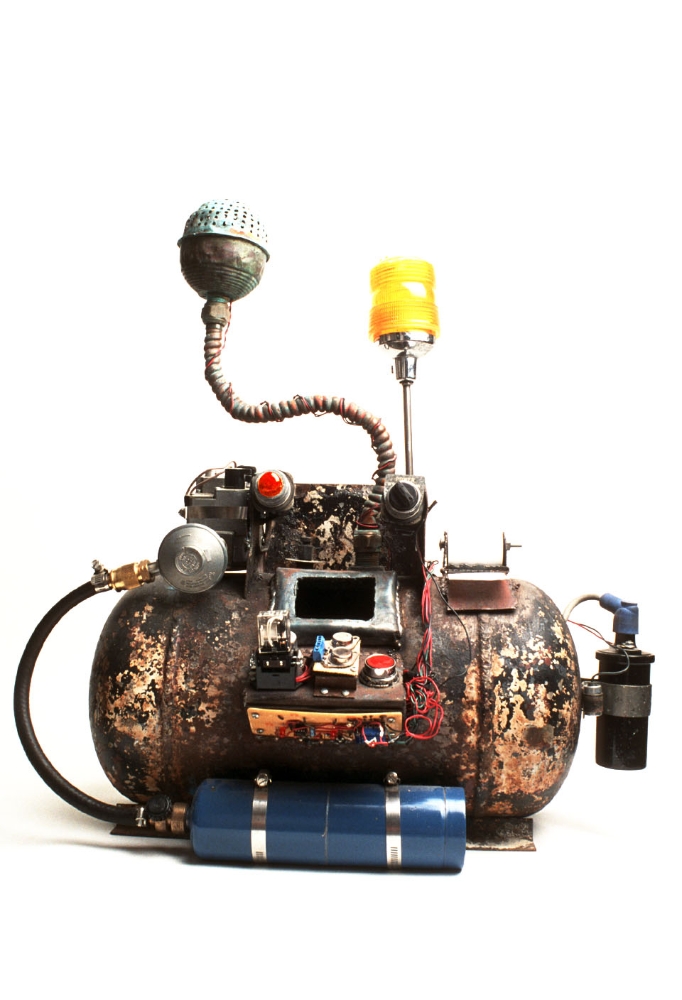 I’m participating in Fun-a-Day 2014, a daily art challenge through the month of January, committed to do a daily post here detailing some Big Art Idea or project that looms somewhere out in my future.

I think a lot about how people make decisions. You can tell probably because some of my previous works speak to this: Decision-Maker, the Wheel of Chaos, Rock-Papers-Scissors, and so on. Even my Prayer Machines lean in that direction.

Back when I was a newly minted adult, free in the world to make my own bad decisions, I was already several years into a long community college stint. I has been accepted into UC San Diego and UC Santa Cruz (after Berkeley’s School of Electrical Engineering had turned me down for the third time) and was trying to make a tough decision. After some research, I knew that San Diego had the better computer science program at the time. But when I visited the Santa Cruz campus, oh man, I loved the vibe.

I had just discovered Joni Mitchell and CSNY and the Grateful Dead twenty years after its time had passed, but at Santa Cruz, the vibe was alive and well. I ate at the Whole Earth restaurant, an amazing vegetarian place in the now largely unused space overlooking the Baytree Plaza. Everything was old redwood. The food was great and cheap. The hippy kids were sweet to me.  The campus was beautiful. Seriously, beautiful. The town was cute and had the look of a forgotten 50s beach town. I loved it.  I needed to make a serious decision.

Going back to my college decision, it seemed like the factors were overwhelming. I gave it a lot of thought, made lists, considered everything. I made my decision: Time to write a program to make my decision for me!

In those pre-internet days, I wrote a non-graphical program in a new scripting language called Perl. It asked you what you were trying to decide, what factors influenced your decision, had you assign relative weights to everything, and finally rendered a decision in terms of percentages. This was in 1987 and I have no idea what hardware it was on. I lived in a geeky household where we wired each room including the bathroom with a VT100 terminal connected to a small surplus Unix system.

In my decision-making, I had such important factors as “Strength of CS program” and “Reputation of school” and “Expertise of CS Faculty” and so on. So of course, my decision kept coming up San Diego by a wide margin. I kept fiddling with the numbers. “Maybe, I’m overestimating the expertise of the UCSD faculty,” I’d think and inch the decision a little closer to favoring UC Santa Cruz.

Finally, I had to admit that I wasn’t allowing myself to include other important factors like “Beautiful forests” and “People sitting on the wall playing guitar” and “Hippy girls.” What I learned was: when I start fudging the numbers, I’ve already made my decision.

I did end up going to UC Santa Cruz. I went in as a small-town know-it-all conservative 19-year old and emerged many years later as a wide-eyed slightly-more-humble 20-something with a lot more empathy and greater appreciation for my socio-economic, racial, and gender privilege in the world.

Years later, I wrote Decision-Maker as a nifty web application. It is still available for you to use for your own difficult life choices: The Decision Maker Online.

This week I’m trying to decide what big project(s) to tackle this quarter. Some of them you’ve read about on this blog. Lots of choices, lots of factors.

I tried the Decision Maker Online, but in fudging the numbers, I wanted everything in one place to fiddle with. I wanted something that I could see all of my factors, ratings, results in one place.  So I made a spreadsheet.  In fact, you can use it too, it you think it will help you: Google Doc Decision Maker

So after fiddling and fiddling, I came to something of a decision about this quarters project(s).

So as the old-timey Decision-Maker would have said on my monochrome VT100, “Looks like it is Co-related Space by a wide margin, followed by Wheel of Chaos.”

The Wheel of Chaos

3 thoughts on “The Future: How do we make decisions?”